From Cabinets to a Bass Guitar 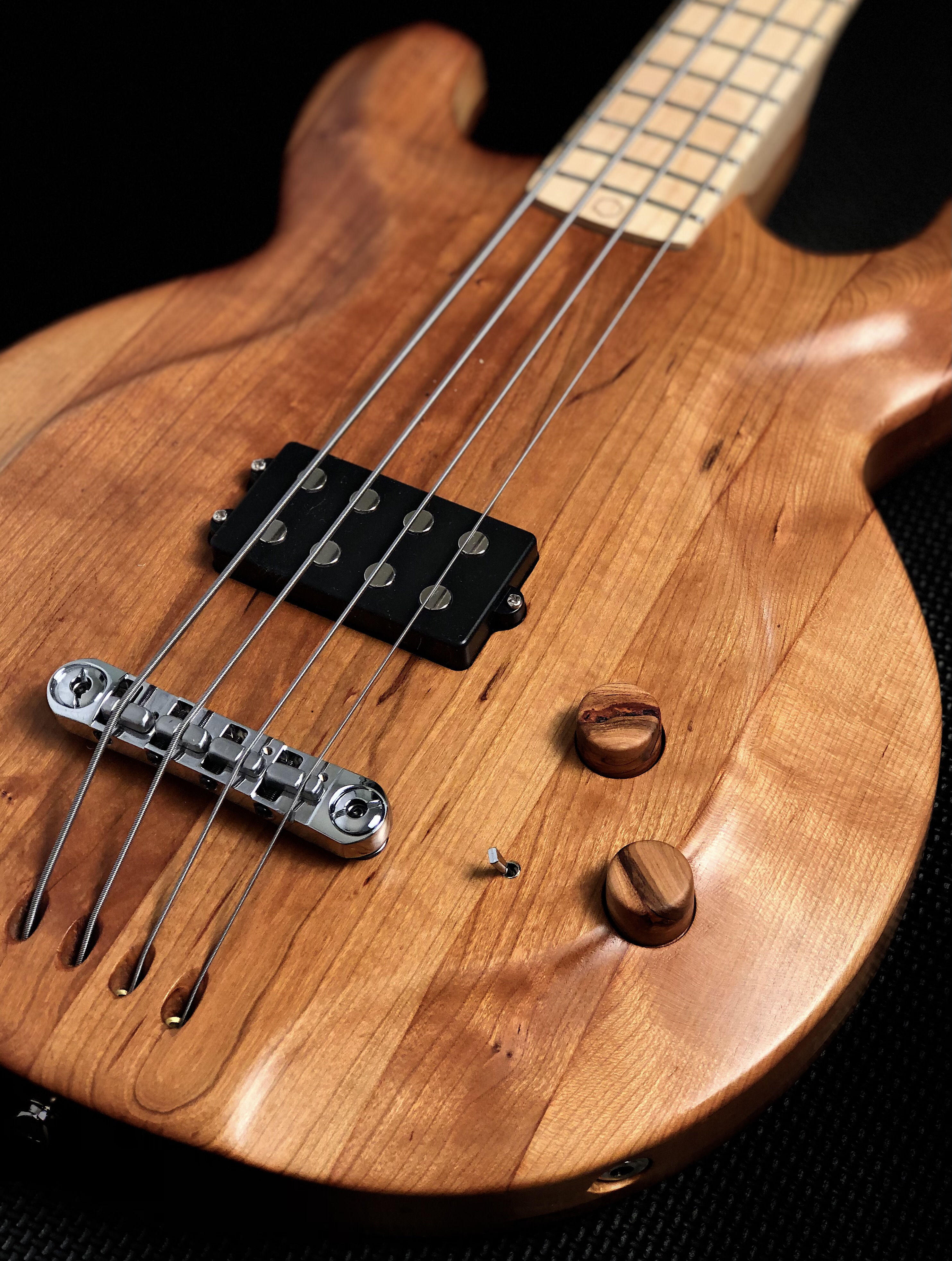 He’s a musician. He’s a leather worker. He’s a woodworker.

We’re taking a small departure from our usual blog post subjects to talk about Dave, our swingman extraordinaire! Or rather, what Dave has been getting up to when he’s not out swinging hammers at our jobsites.

When he went to go buy an older bass last year, he realized that he could build one instead. So he did. Dave spent the last year crafting a bass guitar using some old cabinets he salvaged from a remodeling job. He’d always kind of wanted to make one and with the extra free time he had with the onset of the pandemic, he got started.

He created his own plans, spent nearly a year crafting it, and it was totally worth it saying, “I got exactly the bass I wanted because I made it exactly how I wanted it.” Thinking that it would help him with his first venture into instrument making, he bought a pre-made fret bar, but he had to adjust the frets twice, negating the reason he bought it. Ever the optimist, he found that to be an excellent learning experience and is already working on a homemade fret bar for his next project.

Salvaged bamboo from a job is what he’s using to make this fret bar for a 6-string bass, loosely based on a Gibson SG. He’s hooked now and started crafting this next instrument immediately after the 1st one. It’ll also be mostly made from repurposed materials and he plans on it being tuned higher than the standard 6-string.

Dave got his first table saw at 13 years old and has been woodworking ever since, starting with skateboard ramps and speaker boxes. Since then he has made various pieces of furniture, including dining tables and entertainment centers. Way back in the days of MySpace as the primary social media platform, he made a sea kayak that he used to take on overnight river trips, sharing his adventures on said media platform.

Such a talented guy - we wanted to share his achievements! You can meet Dave here.